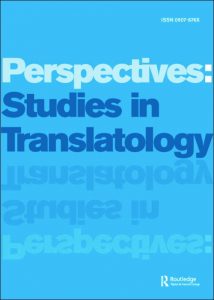 Audiovisual Translation (AVT) is carried out not only to produce foreign-language versions of featured films but also to enhance accessibility in a vast variety of media including television programmes and video games (Bogucki, 2013). Owning to the establishment and development of assorted national and international associations focused on AVT, the situation has received increasing attention, with actions taken to improve the course in some parts of the world in recent years. However, such progress, if visible, can only be traced in the AVT communities within Europe, where both the profession and discipline are much more developed than they are in Asia, where the practices tend to be rudimentary with relevant research remaining only in the budding stage.

This special issue focuses on the practice and research in East Asia where countries share historical and cultural linkages but at the same time conflict with each other over territorial and ethnic issues. Despite the development of AVT as a field of research and the prosperity of the film and audiovisual industries, the recognition and visibility of the profession seem to neither increase with the passing of time nor grow with the progress of the discipline. There are an increasing number of postgraduate theses focusing on issues in audiovisual accessibility, and particularly subtitling. Articles published in second literature and volumes of essays have explored a variety of issues including general status of practice (and research) in different Asian countries, cases of linguistic and cultural mediation, AVT and foreign-language acquisition, and challenges posed by the new media to AVT practice. However, much of the discussions are not available in English for global readers.

In an attempt to strengthen further AVT research in the wider Asian context, we propose to bring together scholarly interests in AVT in the context of East Asia with a focus on translation practices and new media (e.g. digital films and television, digital comic books and video games). We aim to further enrich AVT research by inviting studies exploring the following and other related areas:

A longer version of this call for papers, giving more context to the subject, is available here.

1. Submission of full papers via the journal’s submission system.
2. Author guidelines appear in the Instructions for Authors section.
3. Please feel free to contact the guest editors if you have any questions/concerns: wdingkun@hotmail.com, xiaochun.zhang@bristol.ac.uk, and sykuo@ntu.edu.sg
4. Length of full manuscripts: 5,000-6,000 words (+ bibliography)