Cultural Studies and Deleuze-Guattari: From Affect to Conjunctures 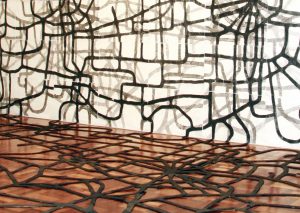 This paper considers the state of the ‘field’ of affect studies and its development – partly through the involvement of one of its authors – over the course of decades. It argues that rather than identifying affect as the ‘other’ of signification and representation, thus ‘subtracting’ it from the conjuncture, one should understand the question of affect to point to the multiplicity of forms of sign behaviours – or, better, of forms of expression or collective assemblages of enunciation (in the terms of Deleuze and Guattari) that constitute a conjuncture in all its complexity. This article attempts to map this multiplicity by refining and expanding Guattari’s ‘mixed semiotics’. Finally, it offers a brief example of how such multiplicities (and their resulting hybridities) might be used to compare the ‘affective topographies’ and structures of feelings that have differentially enabled oppositional movements in the 1960s and the current moment.