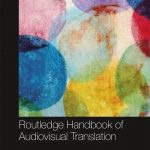 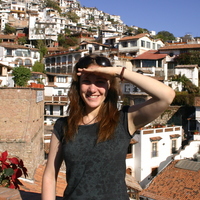 Audiovisual translation and popular music remains an underexplored research subject, despite the significant role that music plays in people’s lives and identities and its evolution in the globalized digital era. This is in part due to its perceived low symbolic capital, and in part due to the need for interdisciplinary approaches to adequately capture the complexity of music as a form of expression. This chapter provides an insight into existing scholarship on the topic and attempts to push the boundaries a little further to incorporate contemporary developments in both the music industry and the field of AVT, making a case for its relevance as social, cultural and political force.

In considering the subtitling and dubbing of audiovisual popular music, it examines how music video has developed since the advent of YouTube to become more participatory in nature, enabling prosumers to facilitate access to lyrical content across linguistic boundaries, whether for poetic, pedagogical or political reasons, and calling into question notions of authorship. This is contrasted with the more industry-restricted media of film and television, where the interlingual translation of popular music lyrics is often overlooked; while conversely intralingual subtitling of music for the deaf and hard-of-hearing has become a priority for television producers fighting to maintain audience figures in the Internet age. In extending our understanding of translational practices, this chapter considers parodies, remakes, socio-cultural context, hybridization, and calls into question the very definition of the medium of the music video. It is hoped that the overview provided here will serve as a springboard for the continued development of this highly enjoyable and fertile area of study.

Rebecca Johnson is an independent researcher. She holds a PhD in Translation and Intercultural Studies from the University of Manchester. Her research concerns the interface between protest and the arts in the post-9/11 context, with a particular focus on the genres of hip hop and comedy.