Investigating the Multimodal Construal and Reception of Irony in Film Translation 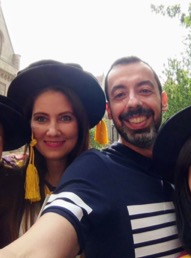 Abstract | In the light of recent changes on the audiovisual scene in Poland, audiences can choose among different AVT modalities. Although voice-over still prevails on Polish TV, subtitles have become more and more popular as an alternative form of film translation on television. Due to rapid technological advances, commercial requirements and differences in Polish viewers’ preferences, it is thus crucial to understand how audiences at different levels of English proficiency (low, medium, high) retrieve meaning, especially complex ironic meaning relayed through different methods of film translation, such as subtitles and voice-over and the extent to which verbal and non-verbal semiotic channels contribute to irony comprehension. Wilson and Sperber’s (1981, 1992, 1995) echoic theory of irony has been selected as the theoretical framework, given its ability to account for multimodal irony in audiovisual texts as well as the significant importance of non-verbal semiotic resources in the generation and interpretation of irony. The study employs triangulation, incorporating descriptive, experimental and interactionist components. The descriptive component involves multimodal transcription (Baldry and Thibault, 2006) of selected fragments in which irony plays a pivotal narrative role. This procedure aims to determine what non-verbal modes contribute to the multimodal construal of irony and how it is relayed in the subtitled and voiced-over translations. In the experimental component, viewers’ eye movements are recorded using eye-tracking technology while watching subtitled and voiced-over fragments of Sherlock Holmes (2009) and Sherlock Holmes: A Game of Shadows (2011). In the interactionist components, a questionnaire is used in order to elucidate how and/or whether they retrieve ironic meaning as intended by the filmmakers in the selected excerpts. The most obvious finding to emerge from the descriptive data analysis is that multimodal irony is not relayed by the film dialogue alone but, rather, in unison with non-verbal semiotic resources. The instances of multimodal irony in the two Sherlock Holmes films were found to perform narrative and comedic functions by combining the visual, kinesic and acoustic modes of film language. The analysis and comparison of SL dialogues and TL translations revealed two broad categories of irony relay, namely: preservation and modification. The majority of the instances of multimodal irony were modified in the subtitled version, while preservation is only sporadically opted for. In its voiced-over counterpart, the intended meaning is preserved and modified in equal proportions. The experimental component showed major differences in gaze patterns among the participants with different language skills in the subtitled clips. For instance, on average, LLPs spent more time reading the subtitles than HLPs or MLPs. Similar visual behavior, on the other hand, was observed among all viewers in the voiced-over clips in which the on-screen character’s face attracted the greatest amount of visual attention. The interactionist strand showed that the viewers retrieved the intended meaning to various extents depending on their English language proficiency. This data undergirds an assessment of the effectiveness of subtitles and voice-over in the translation and reception of multimodal irony on screen.