Chapter 11 | Film Remakes as a Form of Translation 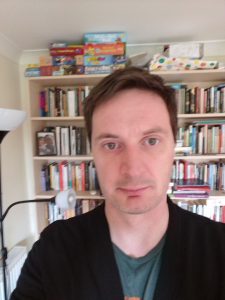 The chapter begins by discussing the neglected position of remakes in translation studies and how film studies has often compared remakes to translations. It then moves on to the multiple-language versions, produced between 1929 and 1933 as an early form of film translation. While supposedly offering a trustworthy representation of the source film, these remakes tended to differ in various ways, particularly in relation to the representation of sexuality. While these films have traditionally been difficult to access, they are becoming more available on home-viewing formats. The next section focuses on Hollywood remakes, which are often regarded as commercial exploitation. American remakes are often culturally relocated and adapted for the new target audience, including for example making characters’ motivation more explicit. Yet when reading the films, there is often a more complex relationship with the source film than the idea of remakes as appropriation supposes. In some cases, such as McBride’s Breathless, it may be worth considering the remake as an intertextual work, or, as Wong (2012) suggests, an ‘afterlife’ of the source film. The third section discusses remakes into other languages, which also relocate and adapt the movies they are remaking. Here the relationship between source and target is often ambiguous, both celebratory and critical. The chapter discusses remakes of Hollywood films, as well as remakes that did not have an English source, such as the Korean version of Ringu/Ring. These films challenge the perception of remakes as solely a Hollywood practice. The final part of the chapter explores the difference between official and unofficial remakes. Official remakes make clear their source text in paratexts, but unofficial ones do not. This leads to audience perception of the remake being stronger than the copyright relationship. The chapter also argues that remakes are translations made for a knowing audience and so question the idea of translations as a form of a reliable substitute for the source text, presenting instead intertextual rewritings. Finally, remakes are presented as an industrial process involving many people.

Jonathan Evans is Senior Lecturer in Translation Studies at the University of Portsmouth, UK. He is the author of The Many Voices of Lydia Davis (EUP, 2016) and co-editor of The Routledge Handbook of Translation and Politics (forthcoming 2018).