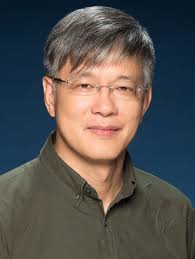 This chapter examines audiovisual translation from the perspective of sociolinguistics – the study of the relation between language and society – with an emphasis on linguistic variation, i.e. the ways in which language is used differently in different places by different people in different situations. Special attention will be paid to issues arising as a result of increasing awareness of the importance and implications of the different forms of language that are used in different social contexts, such as: dialect (a geographically defined variety), sociolect (a variety that is characteristic of a socially defined group), register (a variety that is characteristic of a certain domain of communication), and style (a variation of possible expectations about linguistic elements). Traditionally, researchers have concentrated on the particular problems presented for the translator by the constraints concerning audiovisual texts, which are directed at both hearing and sight; for example, whether it is dubbing or subtitling, the translation of dialogue involving the use of dialect, jargon, slang or verbal humour is directly affected by the mise-en-scène, music and written signs on the screen. Thus much discussion has been devoted to the extent to which these problems can be solved through strategies such as borrowing, literal translation, explicitation, substitution, transposition, neologism, compensation and omission. The merits and demerits of a dialect-for-dialect translation, for example, have been much debated with reference to issues of connotations and accessibility. Another vexing problem is the translation of jokes and other forms of verbal humour, because this variety of usage leans heavily on linguistic creativity and culture-specific references, which are especially resistant to transfer. These problems have often been discussed with a view to finding ways to create coherence, to secure intelligibility, and to synchronise dubbing and subtitling with the original speech. In recent years, however, researchers have paid increasing attention to issues of identity, otherness, relations of power between different cultural constituencies, and the social contexts in which dubbing, subtitling and other forms of audiovisual translation are produced and received. Attempts have been made to conceptualise dubbing, subtitling and other types of audiovisual translation as forms of dialogue between different utterances involving the interplay between centrifugal and centripetal forces within a cultural community. Significant research trends include: studying audiovisual translation in terms of the relation between language and identity; examining the ideological implications of strategies for translating features of dialect, sociolect, register and style, with particular attention being paid to domesticating strategies that aim to achieve fluency even at the expense of removing the traces of the other; considering audiovisual translation as a dynamic system with innovative practices emerging from an environment increasingly characterised by digital distribution and new possibilities for producing and receiving audiovisual texts. These trends reflect an increasing awareness among researchers of the need to recognise the heterogeneity of language use across communities, social groups and individuals, and to investigate the implications of linguistic variation for the formation of identities. Linguistic variation is a telling index of a speaker’s geographical origin, ethnicity, social background, level of education, occupation, age, sex and personality. A speaker may use dialect, register and other forms of linguistic variation to suggest a sense of his or her national, ethnic, social, sexual and personal identities; these signals of identity can be as large as a language (e.g. a minority language) or as small as a single syllable (e.g. the foreign accent of an immigrant). A translator’s decision as to whether and how to render these markers of linguistic variation reveals much about the translator’s attitude to issues of identity relating not only to the source culture but also to the target culture. This line of inquiry can be further pursued by investigating the ideological implications of the translator’s choices where options of using, for example, a low variety or an accent characteristic of a foreigner’s use of the majority language are available. This avenue of research will be especially fruitful for examining audiovisual translation in the contexts of diglossia (where two markedly different varieties of language coexist, i.e. a high variety that is codified, acquired through formal schooling, and used for formal speech and writing, and a low variety that is learned in the family and used mainly in ordinary conversations) and minority/immigrant languages (particularly where ethnic varieties are threatened by movements for political unification and language standardisation, and demand recognition and respect from the rest of society). Thus switching and mixing varieties and languages may suggest attempts on the part of the translator to indicate distance or solidarity. This approach allows for the exploration into the possibility of constructing identities for the target audience through translating strategies that alter the relations of power inscribed in the dichotomies between the standard and the non-standard, between the spoken and the written, between majority and minority. This raises an intriguing question about the way we understand subtitles and dubbed dialogue: can audiovisual translation be treated not mimetically as a transparent medium, but rather rhetorically as textual and social practice that offers opportunities for shaping identities and points to the potential of the translator as an agent of change? This question becomes even more interesting when considered in connection with the translating practices of amateurs taking advantage of the new possibilities provided by the digital distribution of audiovisual products. This is because amateurs not only enjoy greater freedom to innovate and experiment than mainstream professionals working in commercial contexts, but also create virtual communities whose members may play the multiple roles of initiator, translator, distributor and viewer. Adopting the perspective of sociolinguistics, with an emphasis on linguistic variation, can shed light on the norms, constraints and new practices of audiovisual translation and connect them to issues of identity, otherness and power relations.

Wai-Ping Yau is Associate Professor in the Department of English at Hong Kong Baptist University. His research interests include audiovisual translation, film adaptation, literary translation, and Chinese film and fiction. He is also a translator of Chinese fiction and poetry.