Political Agency at the Digital Crossroads? 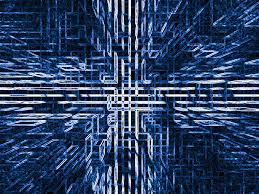 DOI: http://dx.doi.org/10.17645/mac.v4i4.690
Open Access Journal. Paper downloadable from: http://cogitatiopress.com/ojs/index.php/mediaandcommunication/article/view/690
Abstract | This thematic issue presents the outcome of the 2015 ECREA Communication and Democracy Section Conference “Political Agency in the Digital Age” that was held at the Copenhagen Business School in Denmark. It problematizes changes in the configurations of political agency in the context of digital media. The articles represent a shift from an exclusive focus on political elites to the interrelation between institutionalised politics and political processes in other societal spheres in the field of media and politics research. Political agency as the main notion of the thematic issue draws attention at the (media) practices through which social actors reproduce, reorganise and challenge politics. At the same time, the issue poses questions about the structures—economic, political and social—that allow for, define and also limit these practices. The contributions gathered here suggest an understanding of agency as constituted through the use of knowledge and resources, themselves embedded within structural contexts; at the same time, agency is transformative of the structures within which it is embedded by making use of knowledge and resources in creative and often radical ways. In that context the development of digital media marks a rupture or critical juncture that allows and requires a rethinking of conditions of political agency. Accordingly the contributions critically scrutinize the role of digital media moving beyond celebratory accounts of democratizing potential of digital media. The rethinking of the grammar of political agency is at the heart of this thematic issue.
Tweet