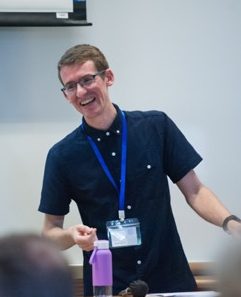 Abstract | As the fifth most visited website on the internet today, the user-generated encyclopaedia Wikipedia has attracted significant attention from researchers based across the academic disciplines. However, this previous work has generally neglected the multilingual aspects of the encyclopaedia, and downplayed the significance of translation within the collaborative processes of content creation that take place within the platform. Consequently, this doctoral thesis has set out to investigate the people and practices involved in the co-production and dissemination of knowledge across linguistic and cultural borders in the context of Wikipedia. By developing an analytical approach that combines narrative theory (Baker 2006) with insights drawn from the work of Henri Lefebvre (1974/1991) and Michel Foucault (1967/1986), I have examined the construction of 27 city-related articles published within the English- and French-language editions of the platform. This analysis has shown that Wikipedia volunteers make abundant use of source materials published in a diversity of languages other than that in which they are writing, and that the creation of these encyclopaedic articles involves a wide range of partly overlapping multilingual activities, a complex combination of translating, re-contextualising, summarising and synthesising. My study has also brought to light the multi-faceted negotiations that occur between the different participants involved in these processes of intersubjective knowledge production. This has drawn attention to Wikipedia as a space of discordant juxtaposition and creative simultaneity, and foregrounded the cacophony of opposing narrative positionings present within each article-focused community of multilingual produsers.