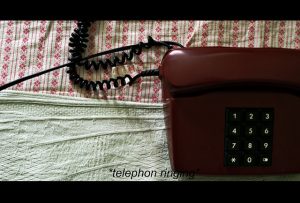 Creativity in Thai Fansubbing: A Creative Translation Practice as Perceived by Fan Audiences of the Korean Variety Show Running Man

http://hummedia.manchester.ac.uk/schools/salc/centres/ctis/publications/occasional-papers/Wongseree.pdf
Abstract | This paper examines Thai fansubbing as a ‘creative’ activity, namely, the realisation of a socio-cultural phenomenon. The unconventional styles of fansubs have been addressed as “creative subtitling” in a number of recent fansubbing studies (Secară 2011; McClarty 2013; Pérez-González 2013) although they do not present a clear definition of creativity. This paper attempts to demonstrate creativity in fansubbing as a social activity, drawing on McIntyre’s (2012) conceptualisation of creativity as an activity which is socially constructed by the interactions of individuals who are influenced by social and cultural environments. By overcoming challenges in performing tasks, the creative ideas or products are produced and accepted among audiences in a particular setting. The findings of an online fan survey suggest that fan audiences, who are influenced by their fandom, ethical and legal beliefs, and online environments, are more engaged when viewing the fan translations of their favourite foreign programme. This encourages fansubbers to accommodate constraints in translation, leading to creative translation practices.
Keywords: Thai fansubbing, creativity, social activity.
Photo by Flickr user Julia Sergina (see original), used under a Creative Commons BY-NC-SA 2.0 licence.
Tweet