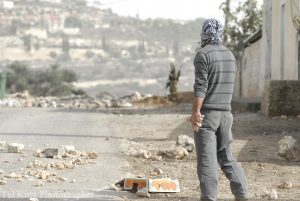 A call for interventions

In the recent years, we have seen a dramatic increase in everyday application of digital technologies in the workplace, public services and everyday activities. They are presented to us through the lens of freedom and positive futurity – a freedom to live a ‘comfortable life’, a freedom to ‘work flexibly’; a freedom to receive ‘services’ efficiently. A freedom to embrace the digital future. At the same time, we are witnessing an unprecedented rise in the use of those very technologies as tool of surveillance, censorship, and carceral control, serving current regimes of ableism, classism, racism – and particularly anti-Blackness and Islamophobia. ‘Big data’ is used for racial profiling; biometric scanners are deployed in airports, universities and the labour market; algorithmic manipulation and censorship are taking place under various ‘anti-terror’ regulations; and social media content by activists, migrants and racialised communities is monitored and criminalised. These and other forms of technological xeno-racist violence cannot be clearly attributed to either state or corporate control, but rather, are increasingly about intersections between the two. For example, private data firms are contracted by states to carry out racial profiling and Islamophobic surveillance; while digital giants such as Google or Facebook collaborate with governments to suppress anti-war on anti-colonial activism.

This edited collection aims to critically explore and contest this intersection of the two phenomena, by deploying a combination of legal, activist, and academic perspective on digital violence and digital precarity. We aim to counter the uncritical celebration of digital tools as unproblematic and default technologies of activism and insurgency. Equally, we aim to resist the appropriation of critical digital scholarship by governments, militaries and corporations. We ask instead:  How can we better understand the constantly emerging new forms of digital violence? How can we develop forms of academic, legal and community self-defence against them? How do we equip individuals and communities, activists, teachers, students and legal workers, with tools to understand and resist carceral digital futures?

While attuned to forms of digital violence and precarity internationally, this edited collection focuses specifically on the UK context and in particular upon PREVENT, Brexit, the anti-immigration “hostile environment” and the tightening regimes of policing and surveillance of Muslim and Black communities. We invite short contributions of up to 3-4,000 words, in the form of academic or personal essays, legal analysis, proposals, manifestos, calls for action, or other interventions. Topics may include but are not limited to

Please send abstracts of 300 words and a short bio to digitalprecarity@gmail.com by 16th of April 2018.

Publisher We are currently exploring publishing venues that are non-profit and committed to social justice. We aim to have the print book as low price as possible, accompanied by free/pay-as-you-can e-book.

Adi Kuntsman is Senior Lecturer in Information and Communications at Manchester Metropolitan University. Adi’s work explored queer and migrant on-line communities; regional Internet cultures in the Middle East and Eastern and Central Europe; hatred, conflict and memory in digital domains; digital emotions; Israeli political violence and militarism on social media; and more recently, the use of selfies in political actions; and data governance and the politics of ‘opting out’. Adi’s latest books include Digital Militarism: Israel’s Occupation in the Social Media Age (with Rebecca L. Stein) Selfie Citizenship.

Sanaz Raji is an independent scholar and activist, campaigning for issues relating to neoliberal higher education, anti-racism, migrant rights, and the culture of surveillance. Sanaz established the Justice4Sanaz campaign three years ago and is the co-founded of Unis Resist Border Controls (URBC)  – a campaign designed to end monitoring and the hostile environment policy against non-EU and EU migrants students and staff. She is a published author and writer in the field of Iranian diaspora studies, critical race studies and social media. Her work has been featured in The Guardian, Tehran Bureau/PBS in addition to academic journals and books.

is a Senior Lecturer in Criminology at Manchester Metropolitan University and co-founder of Site of Resistance (www.sitesofresistance.org).  His work is concerned with processes of criminalisation; the racialised Othering of minority communities and individuals.  In particular, Patrick’s research is focused upon challenging invasive social and criminal regulation and the (over)policing of minority ethnic communities by revealing concealed and hidden strategies of punishment which disproportionately affect black communities.  He is the co-author of Dangerous Associations: Joint Enterprise, Gangs and Racism for the Centre for Crime and Justice Studies.