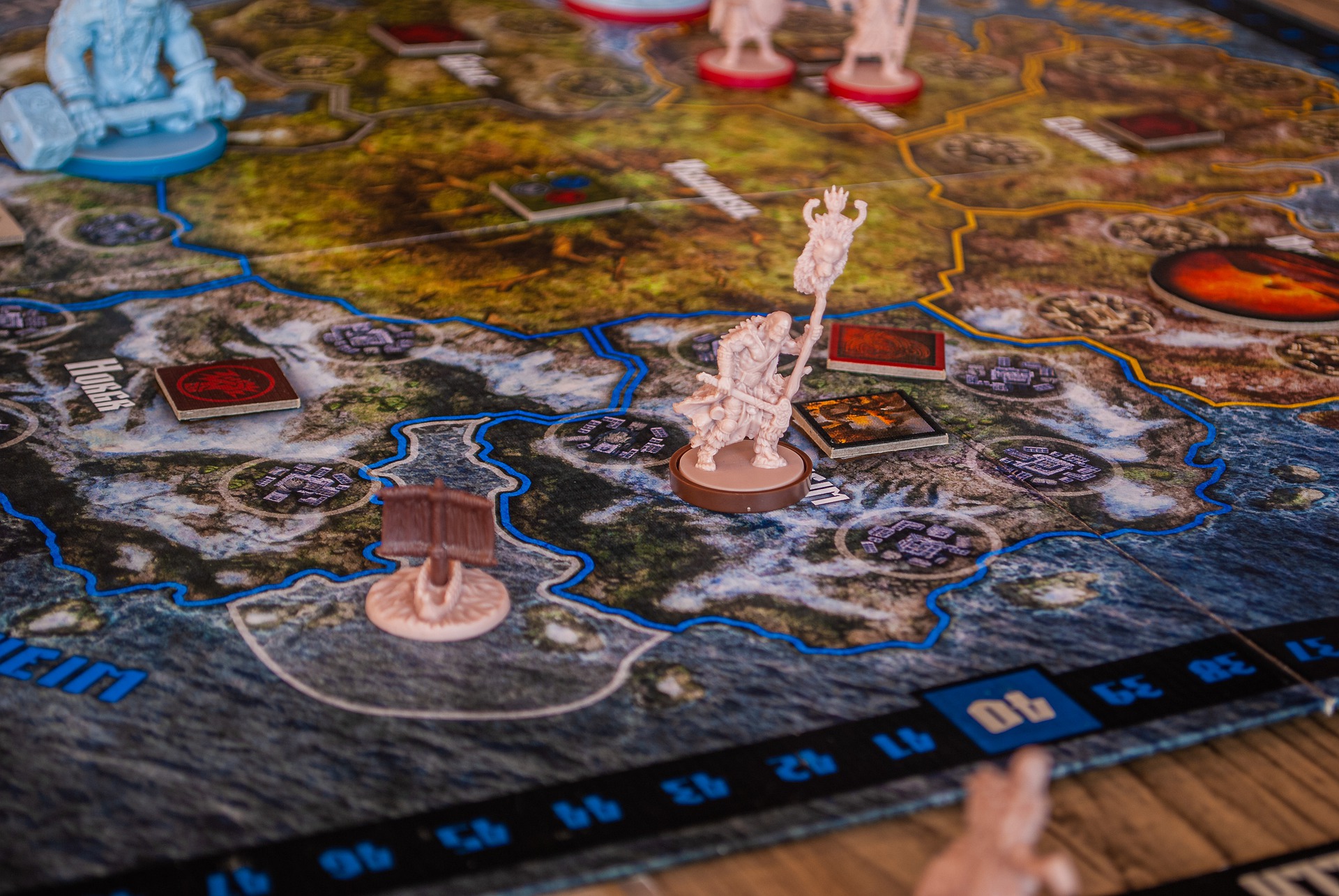 Image by Edwin Francisco from Pixabay

This special issue focuses on translation and analog games. The papers in this issue take an inclusive approach to what is meant by translation: they understand it as not only an interlingual practice aiming at producing equivalent texts, but also as a social practice, as a form of mediation of content in order to make game more accessible to some players, and as a way of understanding how people adapt themselves when playing games. While the essays mainly focus on board games and tabletop role playing games (RPGs), they have much to offer when thinking about other forms of analog games, such as live action role play (LARP) where questions of accessibility, both linguistic and non-linguistic, can affect who can play those games.

Despite a growing body of work on the translation and localisation of video games, from translation scholars such as Minako O’Hagan, Carmen Mangiron and Miguel Bernal-Merino (to name some of the best-known), as well as from industry perspectives, there is not yet such a developed body of work on translating analog games. One reason for this may be the relatively smaller market for board and tabletop games, even though their popularity has been growing for the last two decades. Or it may be the difficulty in making a living as a board game or RPG translator which has meant that the area has been overlooked.

Yet the history of board games and RPGs is filled with translation. For example, as “euro” games have become more popular throughout the world, they have been translated into many different languages. As Enrique Uribe-Jongbloed convincingly shows, playing RPGs – his example is Dungeons and Dragons– in languages other than English has often meant learning English and translating around the table. Indeed, once the polycentric production of board and other analog games is taken into consideration, then it becomes clear that analog gaming often happens in and through translation, as games from a multitude of different languages are translated into other languages, both officially and unofficially. And as I point out in my contribution to this collection, languages such as English and German are still central to the production of games due to the historic gaming cultures in Germany and the USA, but other languages are quickly gaining ground, especially through digital distribution but also in physical copies that can be bought in stores.

The three contributions to this special issue all take a different perspective on the relationship between analog games and translation, but they offer a complementary set of essays that should inspire further research in both game and translation studies. “Translation, Accessibility and Variation in Global Analog Gaming” focuses on two aspects of translation: the intergenerational role of translators as mediators who allow new audiences access to texts and games, as well as the inherent variation of games that is highlighted by their translation. Enrique Uribe-Jongbloed’s paper, “Playing with Translation,”  explores the relationship of cultural and social capital with playing Dungeon and Dragonsin English and translation in Colombia, focusing on translanguaging as part of game play. Laura Mitchell, in her Table Talk essay “Games as Spaces of Translation,” offers a reflection on the broader understanding of how analog games can be a space of translation, encouraging different ways of seeing the world through games.

We hope you enjoy these essays and that they encourage further thinking about this important topic!