Media Theorised: Reading Against the Grain 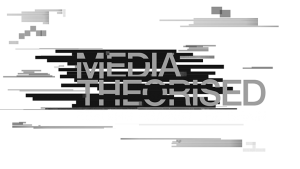 Now more than ever, we cannot take news media at face value – we need tools to read media critically, strategies to discern how information works. This is what inspired The Listening Post’s project: Media Theorised.

As Roland Barthes would have put it: these are writers who have taught us how to ‘read against the grain’.

Working with journalists, artists and political activists from Africa, Latin America, Asia, the United States and Europe, we have created five videos supplemented by essays to introduce you to these media theorists and to help you apply some of their critical tools in your everyday encounters with the media.

Mediated Mythologies: The Semiotics of News

The work of Roland Barthes (1915-1980) is difficult, slippery, whimsical – it calls on us to read the world around us as a series of texts – there to be interpreted, demystified, contested.

Read Lina Attalah’s article on how Roland Barthes influenced her work and how she reads the signs under Egypt’s President Sisi. Attalah is co-founder of ‘Mada Masr’, a Cairo-based news media site.

For decades, Noam Chomsky has been the agent provocateur when it comes to critiquing the US mainstream media. He co-authored ‘Manufacturing Consent’, a seminal work on mainstream journalism and its role in the mechanics of power.

It stands to reason that Amy Goodman should narrate this piece: she is the founder Democracy Now!, a US news broadcast which has provided viewers with an alternative kind of journalism, available on the internet and 1,400 radio and television stations worldwide

Read Kashmiri journalist Uzma Falak’s chronicle on how consent is manufactured by much of India’s mass media on the disputed region of Kashmir.

Known as the ‘Godfather of Multiculturalism’, Stuart Hall (1932-2014) gave us tools to understand how representation is always imbued with ideology – and how to resist.

We approached Natalie Jeffers to narrate this video because of the inspiration she has taken from Hall’s work, especially in her current role as co-founder of Black Lives Matter UK.

Read At a time of rising right-wing nationalism, anti-immigrant sentiment and Islamophobia, read Arun Kundnani’s article on the relevance of Stuart Hall’s work on power and representation.

Digital Prophecies: The Medium is the Message

Marshall McLuhan (1911-1980) was a Canadian academic whose work on electronic media in the 60s has come to resonate in the digital age.

This video is narrated by Alex Chow, one of the leaders of the 2014 Hong Kong Umbrella movement whose mass street occupation was mobilised and reported via social media.

Framed: The Politics of Stereotypes in News

Palestinian academic Edward Said’s (1935-2003) book ‘Orientalism’ showed how the West had the power to represent the colonial ‘other’ – while at once leaving them voiceless.

Sorious Samura who has narrated this video, produces journalism that does precisely what Orientalist narratives do not: in documentaries like ‘Cry Freedom’ and ‘Exodus from Africa’, he has covered Africa from the inside, representing African voices and African perspectives.

Read our conversation with Argentinian journalist Natalia Vinelli about how Edward Said’s work is just as relevant in Latin America as it is in the Middle East. Vinelli is the founder of Barricada TV – a cooperative TV channel and is author of ‘Television from below: History, Difference and the Journalism of Counter-information.’