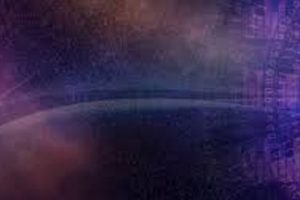 Corpus analysis, in the tradition of Firth, Halliday and Sinclair, proceeds from the assumption that meaning arises from language in use, rather than language as an abstract system of relations, and hence that context is central to the interpretation of patterns revealed through the use of various tools of corpus analysis, especially concordancing software. Arguably, however, the definition of ‘context’ has so far been rather restrictive.

The problem most clearly surfaces in cases where the preparatory work for the construction of a corpus is particularly laborious. Corpora of spoken language, for example, ideally require detailed annotation if the definition of context is to encompass features such as hesitations, pauses, and indeed even body language. Another example relates to compiling corpora of material circulating in the digital space. Here, the analyst must decide whether to restrict him or herself to an artificial linearity of language in use or cater for the non-linear nature of a hyperlinked and visually transformative environment. This is not to suggest that new media require more attention to detail or a more inclusive approach than, say, books or newspapers. Quite the contrary. Ongoing discussions on the material, the virtual and the medial demonstrate that the issue of language study was always already characterised by converging influences, as aptly summarised by Sinclair: ‘There is ultimately no distinction between form and meaning’ (1991: 7).

Consequently, to account for meaning in the sense understood by the pioneers of corpus analysis, such as Sinclair, the technology and expertise developed in the field of corpus linguistics must be expanded to include a wider set of semiotic processes, considered separately or in a combined fashion. If the strength of corpus analysis ultimately consists of the ability to identify patterns on a large scale, and given that patterns recur through all modes of learning and communication, then corpus-based research must embrace all types of pattern recognition: intonation patterns, cohesion and coherence in larger text units, patterns of interaction in digital spaces, and audiovisual translation practices. The innovative research on multimodal concordances carried out by scholars such as Baldry & Thibault (2008) is a good example of the latter. A considerable amount of research will need to be undertaken in the fields of visual rhetoric, sign language, acoustics, and digital interaction to extend the notion of context in corpus analysis as suggested here. The role of annotation remains one of the most interesting challenges in this respect: will images, sounds, and links, for example, be reduced to a textual code, or will technology allow us to map patterns in multiple modalities simultaneously?

Such considerations may come across as holistic science-fiction, but both historical insights and recent advances suggest that there is nothing too futuristic about them. One only has to consider the modernist fascination with typography and concrete poetry, the renaissance love of instruction through emblemata, and the medieval database of iconography to recognise a long history of semiotic entanglements. On the other side of the spectrum, developments in visualization software suggest that if intersemiotic transformations can guide the interpretation of results, the correspondences they presuppose could also guide the analysis of complex sign-systems.

This workshop is therefore envisaged as a forum for discussing a variety of contributions on the intersection of context, medium and methodology in corpus analysis. Possible themes include multimodal analysis, annotation as adaptation, visual and aural corpora, digital rhetoric, semiotic interaction, and intercultural translation.
Selected References

Abstracts of 300 to 500 words should be sent to jan.buts@postgrad.manchester.ac.uk by 20 March 2017. Notification of acceptance will be given by 15 April 2017. Talks should take about 30 minutes, including questions.
Registration

Please register for this event at:

If you require any further information about this workshop, please contact Jan Buts (jan.buts@postgrad.manchester.ac.uk).